Declawing, the practice of removing a cat’s claws, is illegal in the UK on the grounds of animal cruelty, but is still popular in other parts of the world. But why do people have their cats declawed in the first place, and what kind of implications does this have for the cats themselves? Here’s everything you need to know about declawing.

Declawing involves the removal or part removal of a cat’s digital phalanges – the bone to which the claw is attached. Whilst the practice of declawing is relatively popular in the USA (an estimated 25% of domestic cats are declawed in the US), it is declining in popularity, thanks to anti-cruelty campaigns and being banned in some states. In the UK, declawing cats for any non-medical reason was officially made illegal in 2006, and is now punishable with a £20,000 fine and/or up to a year in prison. Why do people get their cats declawed?

The main reason given by people wanting to declaw their cats is to prevent damage to their homes. Cats have a natural instinct to scratch on different surfaces in order to keep their claws short and to scent mark. Sadly for humans though, a lot of cats find sofa arms, curtains, carpets and other furnishings to be the perfect spot for a good scratch! Occasionally, people may have their cats declawed to prevent themselves being scratched, although this is less common.

What are the disadvantages of declawing?

Firstly, declawing poses the same risks to a cat’s health as any other procedure that requires it to be put under general anaesthetic, and, in cases where medically unnecessary, is often considered to be too great a risk to the cat’s health to be viable. Secondly, the procedure involves removing bones from their feet, equivalent to removing your fingertip at the last knuckle. Since it’s a weight-bearing bone, many cats have trouble with balance following their operation, which can then affect their daily activities. Scratching is a natural and healthy behaviour for cats, and, even though they sometimes scratch where they shouldn’t, it’s a behaviour that keeps them happy and makes them comfortable in their homes. Probably because of this, declawing has been linked to various behavioural problems, such as litter box aversion.

What are the alternatives?

Even in areas where the practice of declawing is legal, many vets will refuse to carry it out on the grounds that it is an unnecessarily invasive and painful solution to a problem that can often be fixed in other ways. There are still plenty of alternative options for people whose cats have a penchant for scratching where they shouldn’t!

It may seem like the obvious solution, but the best way to stop your moggy from tearing the furniture to shreds is to give them something else to scratch. You could go for something a little fancy, or keep it simple, with a recycled cardboard scratcher. Or, if you’re feeling crafty, why not have a go at making one yourself? 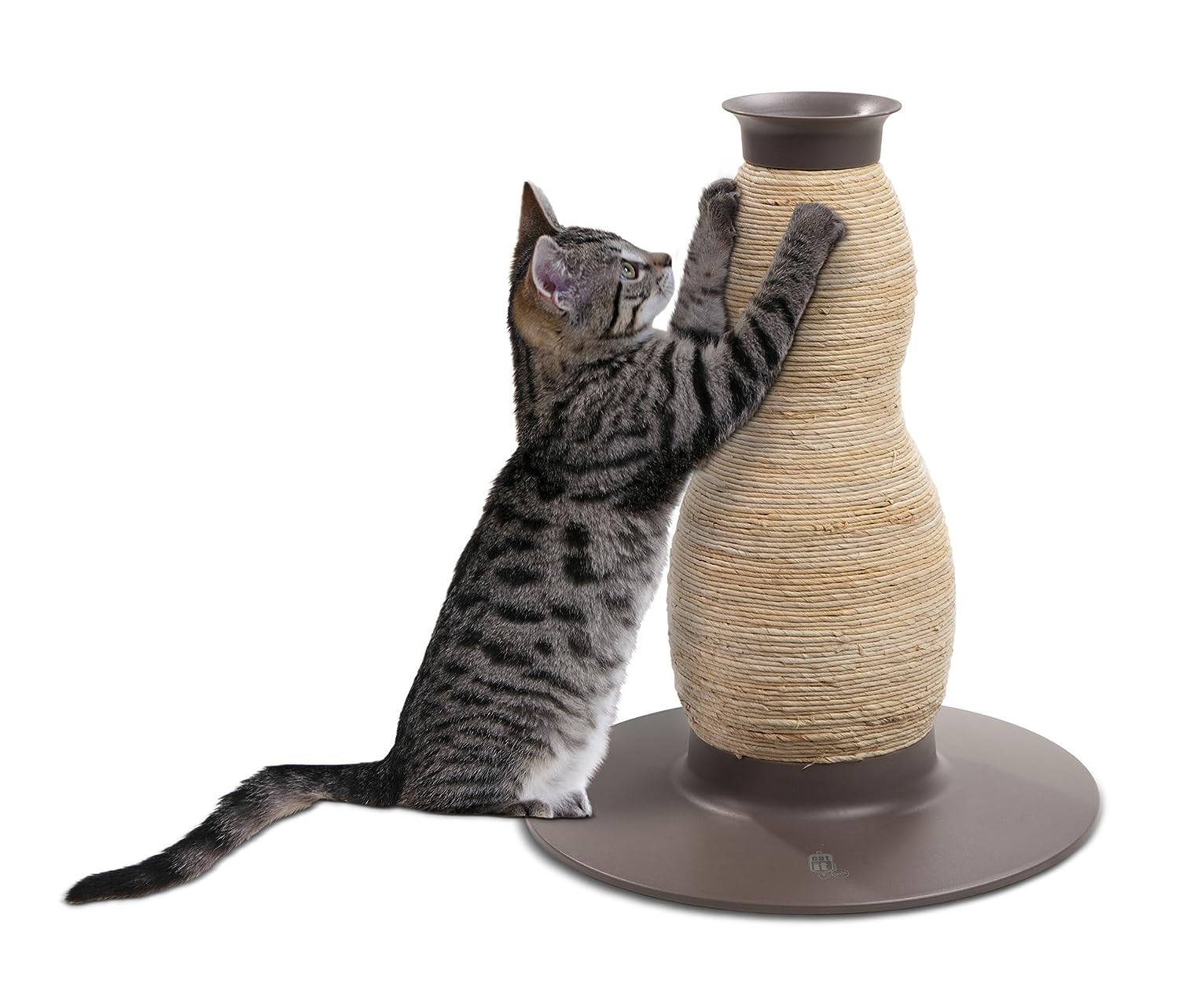 If you’re having trouble convincing your moggy to use her new scratching post, you might want to take some temporary measures to make the current scratching sites less appealing. Sticking aluminium foil or double-sided tape to sofa and chair arms will discourage your cat from scratching there, and hopefully persuade her to go elsewhere. If all else fails, keep a spray bottle of water nearby!

Deal with the claws yourself

For cats that just won’t stop scratching, the last resort may be to snip or cover their claws yourself. While cats don’t really appreciate getting their nails cut (who does?), a firm hand and a bit of skill with a pair of claw clippers can solve all your problems in an instant! Just be careful to avoid cutting into the quick – the pink part of the claw that is full of blood vessels and nerves.